Diamonds Could Replace Silicon and Power Devices- Simpler, Faster, and Lighter than Ever 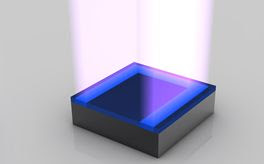 There is a rise in the worth of diamonds lately, and we’re not talking about the rings on our fingers. Diamonds could very well play a large role in becoming an electronic material- an alternative to silicon, which has been the star in semiconductors for over 55 years. Reaching into the territory of technology, diamonds are becoming diamond technology, and this could create significant waves in the everlasting, and always changing, industry that we rely on to make our lives easier.

Akhan Semiconductor, an Illinois company (you’ve probably never heard of, but nonetheless) formed in 2012, has aimed to create next-gen Nanocrystalline (NCD) based materials. These devices, dubbed Miraj Diamond, consist of the company’s own exploration of low-temperature diamond deposition technology. This is also how Akhan began creating the world’s most advanced diamond semiconductors. Within this realm are the possibilities of new hardware for our smartphones, smartwatches, VR headsets or laptops, all of which could thrive on the processing power of diamonds instead of typical silicon. 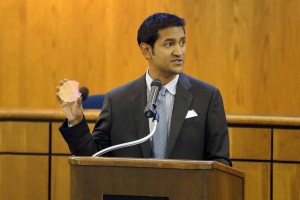 Diamonds are known for being one heck of a tough mineral (hence why we put them on sentimental rings to be worn for a lifetime), but they also contain this magical ability to transfer heat, and retain energy at an alarming rate. For example, diamonds can run five times hotter than silicon, yet eliminate nearly 90 percent of their lost energy during the electron transfer. Silicon’s transfer of heat has always been an issue in semiconductor devices. It’s inefficient cooling methods cause some serious e-waste, proving the material to be problematic for power electronics. Furthermore, diamond film materials are over a thousand times thinner than the leading silicon counterpart, which is pretty amazing.

Hence the industry’s willingness for finding silicon alternatives. But who would’ve thought that diamonds could be such a cleaner, cooler, faster, and stronger option? Many, actually. There has been a history of belief for diamonds to be the next “holy grail” electronic chip alternative. They are considered to have a seriously stable future in the electronic development and global electronics. A diamond’s efficiency is proving to be something that would take various industries to that “next-level” in overall performance. 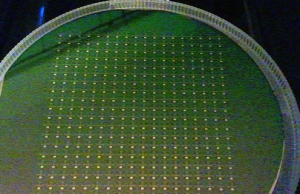 Each company that is going the diamond route is expecting things to blossom within a year or two. Besides faster processing, wearables could become completely flexible and easily wrap around your wrist. The heat smartphones produce could be drastically reduced (and perhaps stop burning your cheeks?), and be thinner than they’ve ever been. Finally, car companies like Tesla may even find themselves targeting such technology, and in turn, the diamond chip industry could start manufacturing for specific car companies. This stuff is extreme, both in its high-tech abilities, and its elegance. Get ready for a sparkly future folks.