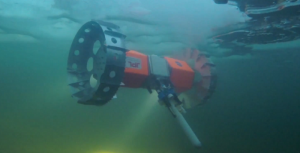 Over the last hundred years or so, the notion of possible life on other planets has spawned massive interest and speculation from scientists, conspiracy theorists and adventure-seekers alike. This week NASA took a giant step or, rather, drive in the direction of extraterrestrial discovery with the debut of the BRUIE, a satellite-controlled rover designed to drive on the underside of ice. 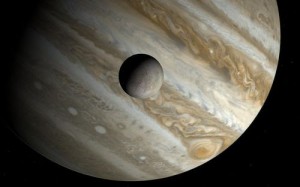 In the search for extraterrestrial life on other planets, astrobiologists naturally presume that the existence of water is necessary to foster a habitable environment – that’s scientific hypothesizing at its most basic. Based on that idea, the next logical mode of exploration for NASA was a robot or rover that could traverse celestial oceans. Well world, that rover is here - meet BRUIE (Buoyant Rover for Under-Ice Exploration), the first-ever machine built to explore extraterrestrial aquatic bodies; a rover that will literally take science where no other space robot has gone before. The hope is that this revolutionary two-wheeled device could eventually explore icy planets and moons like Jupiter’s Europa, currently the only object in the solar system where there is known to be a large volume of liquid water. 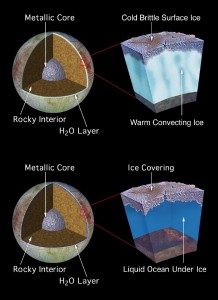 Developed by engineers at NASA’s Jet Propulsion Laboratory, the BRUIE rover is operated through a satellite link and is designed to cling to the underside of ice with metal tires and large gripping teeth. The robot will collect and transmit measurements back to scientists, and will be able to assess whether the host water contains other life forms. Current testing has taken the BRUIE to its closest Earth-bound test environment, the frozen Alaskan lakes, where the rover was faced with penetrating the foot-thick sheet of ice separating the lake’s surface from the body of water below. While these Earthen ice sheets posed no problems for the robot, Europa’s surface may present a bigger challenge. The Jovian moon’s celestial waters are normally locked in a subsurface ocean deep below Europa’s icy crust where ice sheet thickness can range from a few kilometers to as much as 40 kilometers (24 miles) – a far cry from the single foot of ice conquered in Alaska’s test trials. 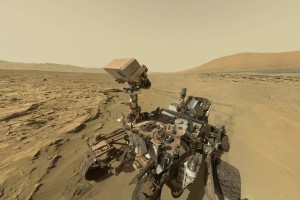 NASA postulates that it could launch a preliminary mission to Europa in about a decade. In the meantime, prototype exploration in Alaska is allowing scientists to not only get a better idea of the robot’s capabilities, but is also providing a better understanding of the Earth’s frozen waters. This is no small feat in itself, as currently 95% of the Earth’s oceans remain uncharted.

Time will tell if the BRUIE can actually be a viable tool in extraterrestrial discovery; at the least, perhaps we can hope to see an underwater selfie sent by one of NASA’s finest robot friends, a la The Curiousity, who recently celebrated its first Martian year on the red planet by extending its arm and – that’s right – snapping a selfie. Here’s hoping the BRUIE gets to celebrate a similar mission a decade or two down the road, and that maybe, just maybe, we’ll catch our first real glimpse of our galactic neighbors at the same time.