Watch This: Smartwatches are Coming to Arms Near You – A Many Vendored Thing 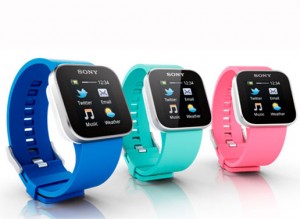 Like a list of who's who among tech titans more smartphone vendors are jumping onto the smartwatch bandwagon. Something probably to be called an iWatch has been rumored for years to spring forth from the corporate loins of Apple, and the probability of that happening appears to be approaching an absolute certainty, if only as a defensive measure as other vendors make it clear they're dead-serious about making innovative smartwatches. Apple cannot be blind to the fact that significant numbers of 6th-generation iPod Nano users chose to wear their music players on their wrists. T. Rowe Price Group fund manager, Josh Spencer, told Bloomberg: "There’s more people that would wear an Apple watch than would wear Google glasses."

Samsung's executive vice president of mobile business, Lee Young Hee recently told Bloomberg: "We’ve been preparing the watch product for so long. We are preparing products for the future, and the watch is definitely one of them." Korea-based Samsung could easily be a tough, price-oriented competitor to Apple, because Samsung makes its own displays, and even has a proprietary flexible OLED display technology, called Youm.

Sony already has a smartwatch on the market and has recently updated the product with new watch faces and notification previews, email, tweets, and social media posts. In addition Pebble is already shipping a smartwatch which can push social media updates, e-mail, text messages, and weather reports.

The Gorilla in the Room

The big gorilla Google apparently entered the room some time ago with a 2011 patent application for a wearable computer described in the filing as a smartwatch with a flip-up dual-screen display, an on-board camera, and a tactile user interface. The Google filing puts it this way: "A variety of portable user devices provide wireless network connectivity. Various features of a device often require a user to access the device at inconvenient times to perform a desired function. As a result, a user may simply not employ the device to its full capabilities".
Tweet This Phrase
Making waves in Austin, Texas at the SXSW festival (South-by-Southwest) Google practically introduced a circus-atmosphere with its introduction of "talking shoes" utilizing a small computer, Bluetooth controller, speakers and sensors shoehorned into a pair of Adidas sneakers. No one needs to be reminded of Google Glass, the miniature PC and display screen embedded into an eyeglass-like frame which demonstrates Google's relentless search for a viable wearable computer form-factor.

The Price of Tea in China

Smartphones are on the path to becoming a commodity, with some analysts projecting $50 to $100 products with good specifications arriving in the foreseeable, but not immediate, future. That's definitely not a wild estimate. Chinese entrepreneur Liang Liwan, for example, buys components and uses several small factories in southern China to assemble smartphones that retail for as little as $65. Certainly Liang's phones are of the very cheap variety, but he says his total cost to make a smartphone is about $40, and his company, Xunrui Communications, is able to manufacture up to 30,000 units a day for a variety of Chinese telecom operators, and expects to make 10-million smartphones this year.
Tweet This Phrase
That may not have anything to do with "the price of tea in China", but the coming commoditization of smartphones speaks volumes about why computer and smartphone makers are looking with great intensity to the future of wearable computing devices with the intent of delivering a form-factor that will "knock one out of the park" in much the same way that Apple's iPhone and iPad have done. 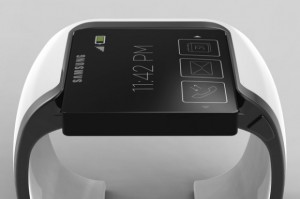 Wristwatches have experienced serious declines in sales volume as more people turn to their smartphones as a timepiece. As a result, even watch-makers are perking up their ears with an eye to developing wearable computers in some form-factor, with the intent of delivering smartphone capabilities such as wireless connectivity, and hands-free operation via voice-control. Some of the delays in bringing such products to market almost certainly relate to the challenge of battery life in such small objects that would need constant communications to the user's smartphone.

Some analysts such as Forrester's Charles Golvin do not think smartwatches will be a big player for the consumer electronics industry, but analysts have frequently been wrong, and Golvin inserted a big caveat. Business Insider quoted Golvin as saying: "If the phone enables a lot more control and interaction with the phone, where most of the processing power and connectivity is happening, then that might make a significant difference. The more you can do with your phone still in your pocket or your purse and just using the watch as essentially a user interface and control device, that might change things."

Will smartwatches be a viable product? They may be viable for sales of at least a few tens of millions of units, which could easily make Apple and Samsung the primary beneficiaries. If smartwatch buyers can move smartphone maker's profits into other products, that would allow for the inevitable commoditization and plummeting of smartphone prices, with the masses of smartphone end-users benefiting from amazingly low-priced smartphones with excellent capabilities.

NPD Group analyst, Marshal Cohen, told Bloomberg: "The race is on to redesign the mobile phone into something that you wear. We’re going to see formidable competition coming from many different directions -- from device makers, accessory makers, even fashion designers." Oracle Investment Research strategist, Laurence Balter, told Bloomberg that pricing wristwatch-like devices at less than $200 will be one of the keys to success, and he estimated that one-quarter of existing smartphone owners would be interested in a wrist-worn device.

Consumer's budgets are not bottomless-pits from which to drain dollars, and there's a point where "enough is enough". Many consumers may now be reaching that point, especially for devices that are not truly necessary. How difficult is it for one to simply look at a smartphone? Manufacturers want consumers to pay for yet another device to transfer only some of the smartphone's information to a wrist-worn device with far less capability for manipulating that data on a very small display screen.

In the final analysis, this journalist expects at least some manufacturers to sell tens of millions of units. As Samsung Vice President of Mobile, Lee Young Hee, told IndiaTimes: "The issue here is who will first commercialize it so consumers can use it meaningfully".